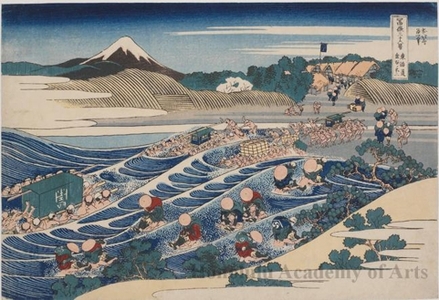 Title: Mount Fuji from Kanaya on the Tökaidö Road

The print depicts travelers crossing the Öi River, which separates Kanaya on the western bank and Shimada on the eastern bank. Because of its swift current, the Öi River was considered the most difficult obstacle for travelers, even more difficult than the steep Hakone Pass. The river frequently flooded, and there was no bridge across it. Hokusai’s earlier interest in the traditional decorative style of the Rimpa school helped him create this beautiful dramatic design with humans struggling to cross the rapids. The undulations of the waves are marked by white foam breaking in curved stripes, and the smaller currents within them are delineated in fine lines. In the chest-deep water, travelers ride piggyback on coolies’ shoulders, while some have their palanquins carried across on a ladderlike platform held up by a huge group of porters. At the far left, a garment box covered with a cloth inscribed with characters saying kotobuki (happiness) is being carried over; it belongs to a bride who will wed a man across the river. Despite the static patterning of the rapids, the travelers’ and coolies’ struggles are eloquently conveyed. Across the river is the dike. Its embankments are made by piling up long bamboo baskets filled with gravel. The town of Shimada is visible through the opening of the dike. Fuji rises over the dike. This print shows the delightful decorative tendency that Hokusai inherited from centuries of Japanese tradition. The key-block was printed in black. (The Asian Art Museum of San Francisco, HOKUSAI AND HIROSHIGE – Great Japanese Prints from the James A. Michener Collection, Honolulu Academy of Arts: The Asian Art Museum of San Francisco, 1998 Page 99. Cat. 50) ************************** The view here is from Kanaya toward Shimada, two stations on the Tökaidö (“East Sea Road”) connecting Kyoto and Edo. Travelers cross the Öi River, one of the most difficult obstacles on the route. The river frequently flooded, and could become impassable for several days. In addition, there was no bridge across the river as a military strategy to prevent enemies from crossing in times of war. Ordinary travelers are shown carried on porters’ backs, while wealthier patrons hire entire teams to carry their palanquins and luggage. Some of the travelers bear the mark of Eijudö, the publisher of the series, on their bundles. The prices charged by porters varied with the depth of the river and the weather. The design of the waves, significantly different from that used in Great Wave, is reminiscent of Hokusai’s earlier prints experimenting with Western chiaroscuro shading and perspective. At the same time, it also shows the influence of the traditional Japanese Rimpa School, with which Hokusai associated himself during his Söri period (1795-98). “Hokusai’s Summit: Thirty-six Views of Mount Fuji” (09/24/2009-01/06/2010) ****************************** 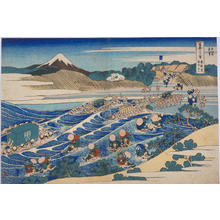 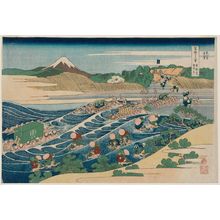 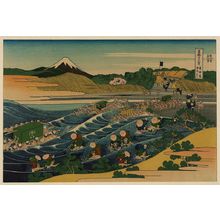 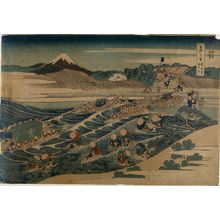 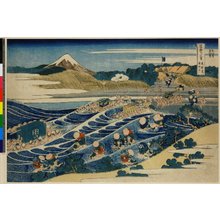 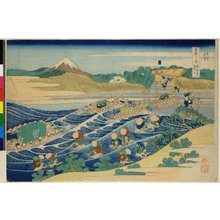 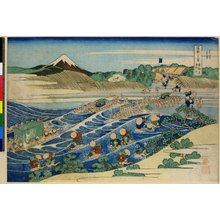 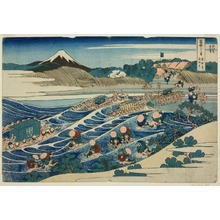 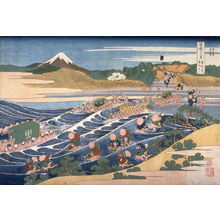 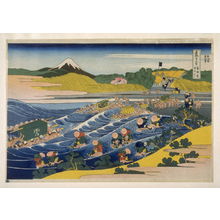 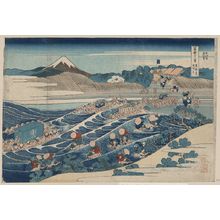 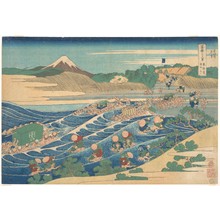 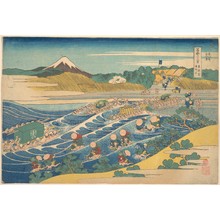 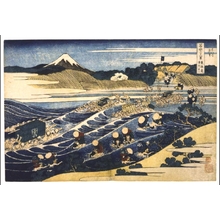 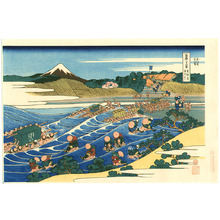 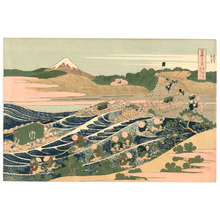 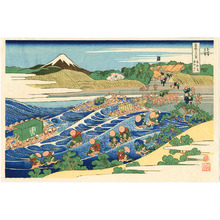 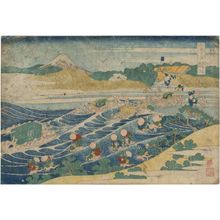 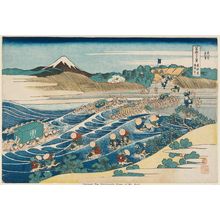 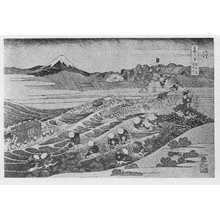