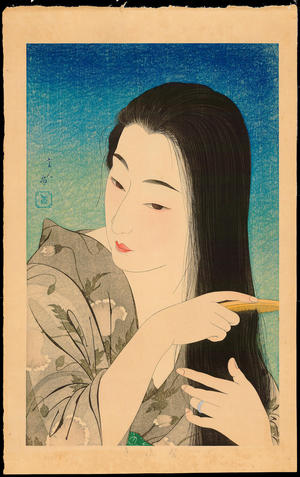 This is scene number seven from Kotondo's bijin-ga series published via Ikeda. Edition 31 of 100 prints, never republished by Ikeda. After the edition of 100 was completed the keyblock was deliberately gouged to destroy it, and a print of this gouged keyblock was included with each of the 100 prints sold. My print also includes the original folder and a keyblock print from the gouged keyblock (see image). Obviously a very rare and expensive print. Sheet size is about 30 x 47cm. Signed Kotondo ga with artist's square seal Kotondo; with the title, Kami Suki embossed on the lower margin. Published by Ikeda with the blocks carved by Ito and printed by Komatsu Wasakichi. The publisher's limited edition cartouche printed on verso, Ikeda hanken shoyu, hyaku mai kagiri zeppan (Ikeda, copyright; edition limited to 100). Undated, published by Ikeda in 1932 (confirmed). This item is from my personal collection and is not for sale. 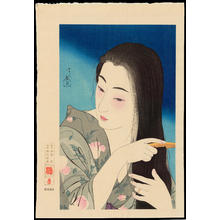 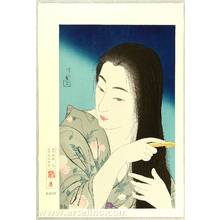 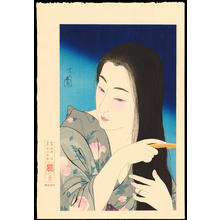 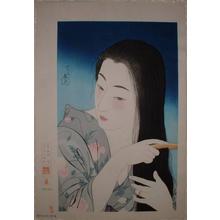 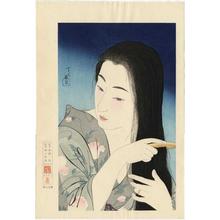 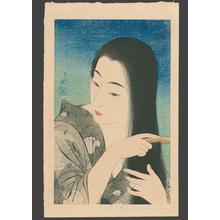 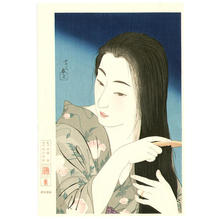 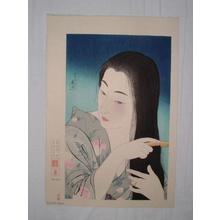 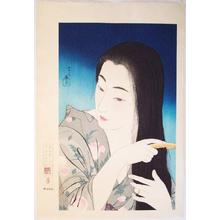 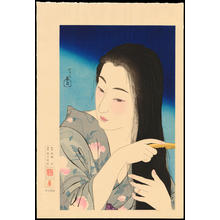 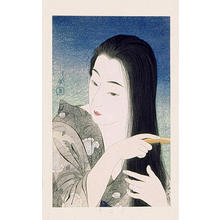 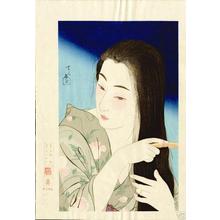 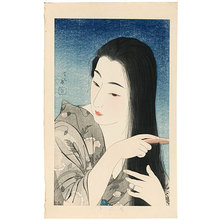 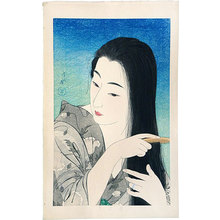 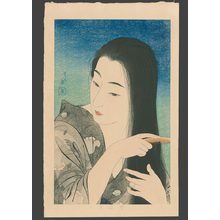 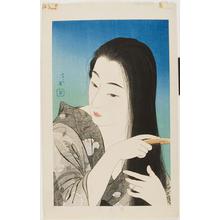 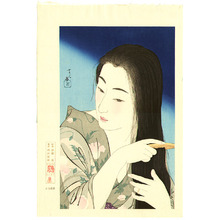 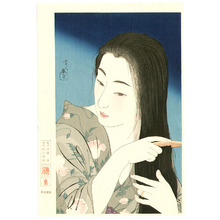 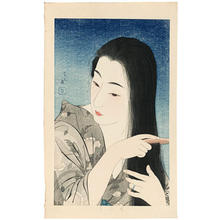