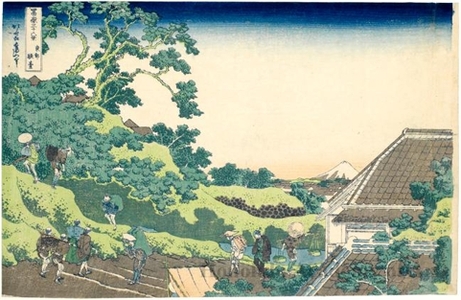 Sundai is present-day Surugadai in the Kanda district of Tokyo. During the Edo period, the area was filled with mansions of the shogun’s retainers. It was also famous for its views of Mount Fuji, seen from the hills. This scene is composed of highlands that gradually rise from center to left and are topped with tall, spreading trees. The space from center to right in the foreground is filled with large tiled roofs of two houses that seem, from this viewpoint, to rise to the height of the hills on the left, thereby creating a dip in the center of the composition. Fuji rises across the fields and beyond the clusters of small roofs in this dip. On the street in the foreground, a variety of pedestrians busily walk in both directions. A samurai and three retainers proceed to the right the men carrying box-shaped luggage on their backs. Above them, others ascend and descend the hill. The basic compositional scheme is similar to the one in Lower Meguro (cat. 30), in that the right and left sides of the composition are filled and raised, creating a dip in the center middle ground. As he often did, Hokusai paid attention to minute details – the people’s facial features, clothing designs, and body movements, as well as trees, bushes, and tiled roofs, but he never sacrificed the clarity of the design. The key-block was printed in blue. (The Asian Art Museum of San Francisco, HOKUSAI AND HIROSHIGE – Great Japanese Prints from the James A. Michener Collection, Honolulu Academy of Arts: The Asian Art Museum of San Francisco, 1998 Page 59. Cat. 10) ********************* During the Edo period, Sundai (modern Surugadai in the Kanda district of Tokyo) was a residential area for retainers of the shogunate, with many mansions. Due to its elevation, it had a grand view over the city of Edo to Mount Fuji beyond. The print is dominated by a slope rising to the left, with the roof of a residence prominently occupying the lower right corner and partially blocking the view of the volcano. People of different social classes traverse the road next to the house; a samurai with three servants in the lower left, and a pilgrim dressed in white at the center are particularly noteworthy. Hokusai uses small dots and heavy shading to render the swell of the earth. These devices, together with the short lines and pronounced curves with which he drew trees, were inherited from Chinese painting, which Hokusai studied carefully throughout his life. “Hokusai’s Summit: Thirty-six Views of Mount Fuji” (09/24/2009-01/06/2010) ****************************** 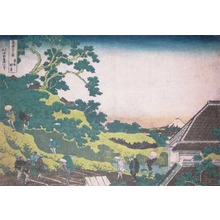 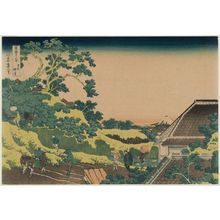 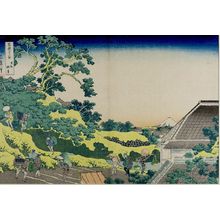 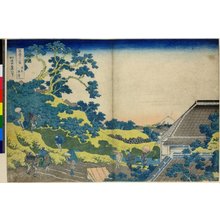 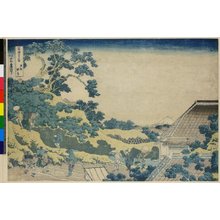 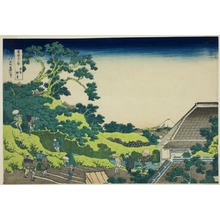 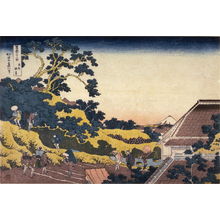 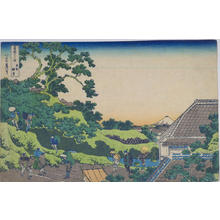 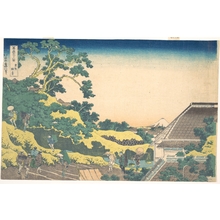 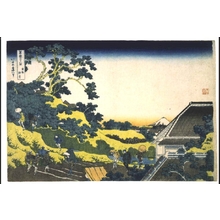 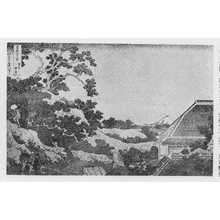 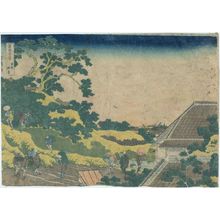 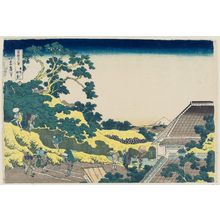 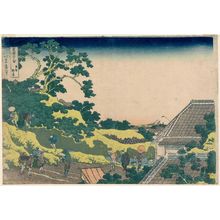 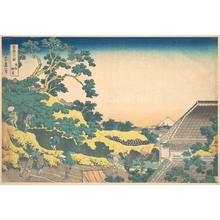