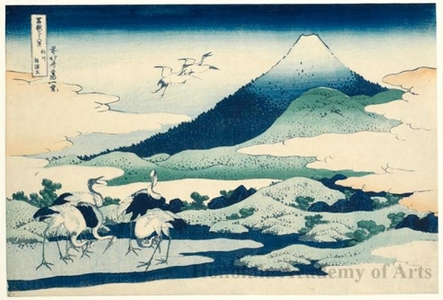 Title: Near Umezawa in Sagami Province

Along the coast of Sagami province in Kanagawa prefecture, the view of Mount Fuji is said to be dramatic, revealing the mountain’s classic beauty. Hokusai’s design in this print is particularly fine, expressive of the tranquil mood of Fuji, with its foothills that provide a refuge for cranes, Japan’s most sacred bird. At the foreground stream, bathed in the early dawn light, five cranes feed and two others fly toward Fuji. The mountain’s majestic cone, deep blue at the bottom and fading to light blue and white at the summit, rises above the green slopes. The combination of Fuji and cranes is auspicious and filled with meaning for the Japanese. The conventional bands of pink-tinted clouds cover parts of sky; some critics regret that Hokusai often used this convention to no meaningful purpose (Kondö 1966, no. 27). The color scheme is limited to two shades of blue, light green, and pale pink. The key-block was printed in blue. The reading of last character of the title of this print, hidari, may be a misprint. It should be read zai (or shö), meaning ‘manor’ or ‘estate’ (Kondö, ibid.), a district of that name in the town of Ninomiya, about 50 miles down the coast from Tokyo. (The Asian Art Museum of San Francisco, HOKUSAI AND HIROSHIGE – Great Japanese Prints from the James A. Michener Collection, Honolulu Academy of Arts: The Asian Art Museum of San Francisco, 1998 Page 68. Cat. 19) ******************** Cranes are a symbol of longevity in East Asia, where it traditionally was believed that they could live for a thousand years. This print shows five cranes in the foreground, boldly portrayed in shades of blue. Two more cranes float in the sky, with their wings extended to rise on air currents toward the mountain. Hokusai often implies an association between Mount Fuji and the sacred mountains of Chinese mythology, particularly Mount Hörai, believed to be in the ocean to the east of China (as is Japan itself). The comparison becomes explicit here, since Mount Hörai’s cliffs were so steep it could only be approached by immortals riding on the backs of cranes. The color scheme, emphasizing pale shades of blue, green, and tan with dark blue highlights, also imparts a sense of otherworldliness to the scene. “Hokusai’s Summit: Thirty-six Views of Mount Fuji” (09/24/2009-01/06/2010) ****************************** 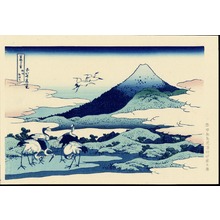 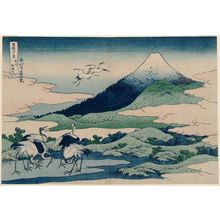 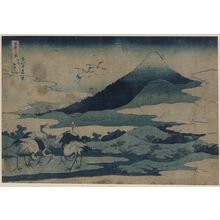 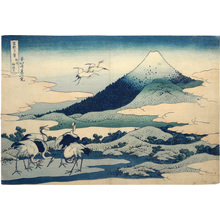 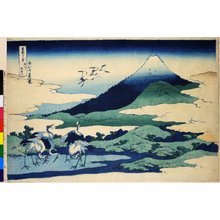 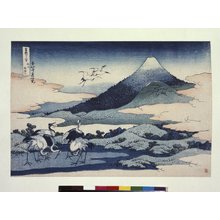 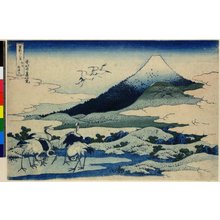 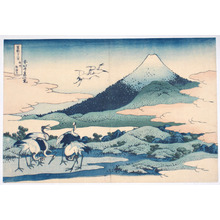 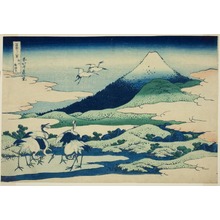 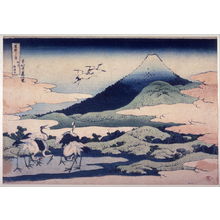 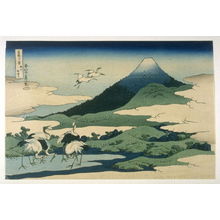 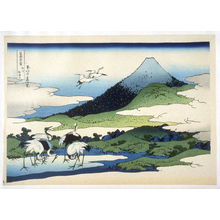 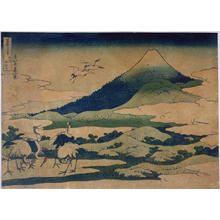 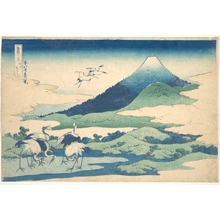 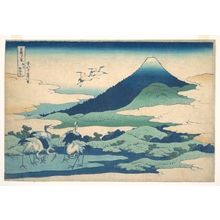 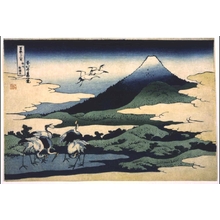 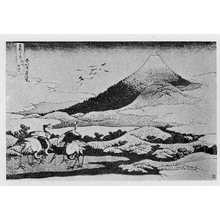 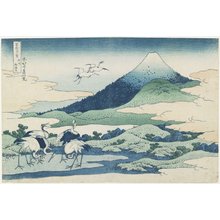 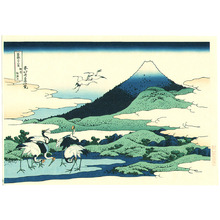 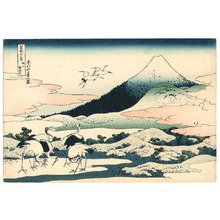 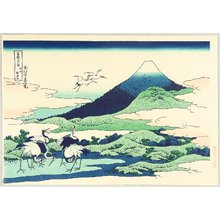 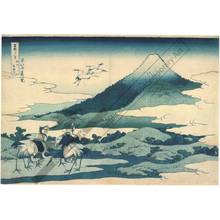 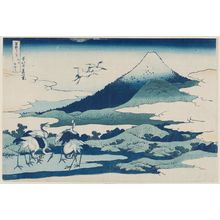 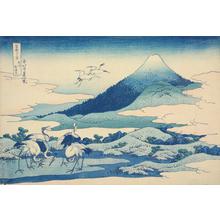