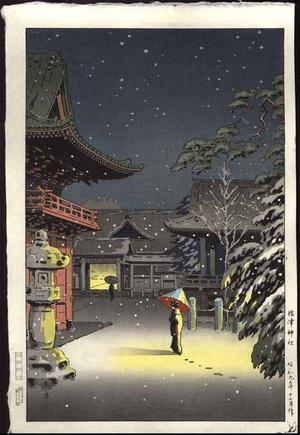 Description: Koitsu, Tsuchiya- Snow at Nezu Shrine (Woman in Snow)- Full11.jpg: Wednesday, 20 July 2005 TSUCHIYA KOITSU Snow at Nezu Shrine Date: original printing was made in 1934, this is a later edition published by Doi with Harada-Hamano carver/printer seals Size: approx. 10.6" x 15.75" Condition: Fine, in absolutely perfect condition Impression: Fine, with blind embossing (gauffrage) on the snow on the branches of the tree -- each snowflake is deeply impressed into the paper Color: VG The Nezu Shrine is said to have been extablished by the legendary priest "Yamato Takeru no Mikoto". In 1705, the 5th Shogun built the structures that can be seen today. The 6th Shogun, Ienobu, subsequently offered three "mikoshi" (portable shrines) to the shrine and created the "Tenka Matsuri" (reign fesival). The festival s stll held on the 21st of September. Because it is one of the oldest original constructon remaining in Tokyo, the main hall, twogates and the wall of Nezu Jinja has been designated as cultral landmarks. The Main hall was designed in red lacquer called "Gongenzukuri". The Gate is clearly influenced by the Buddhist style. The shrine's grounds are known for its plum-blossoms in February and especially for its azaleas and wisteria gardens which bloom from late April into May. But here in Koitsu's print it is shown on a snowy winter night. 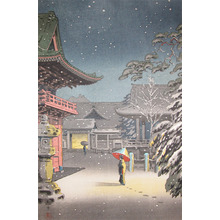 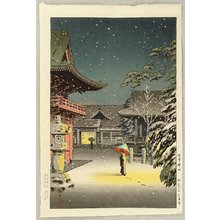 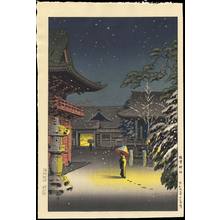 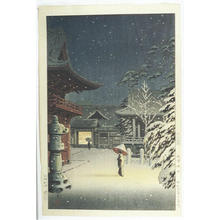 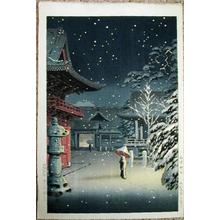 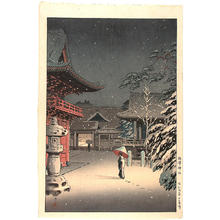 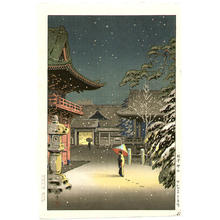 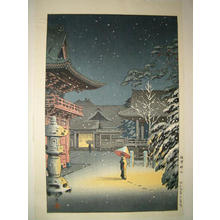 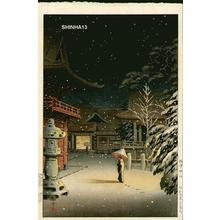 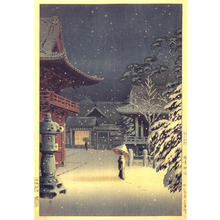 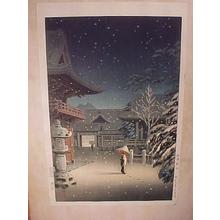 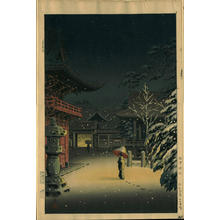 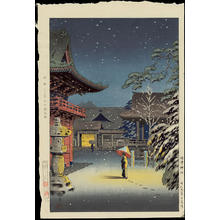 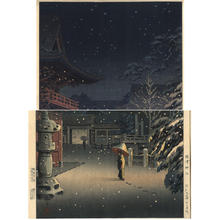 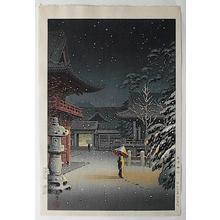 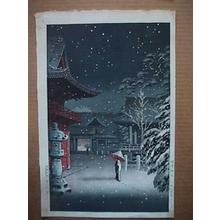 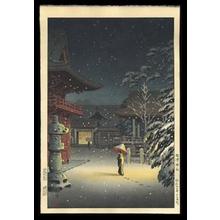 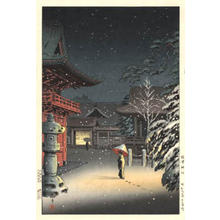 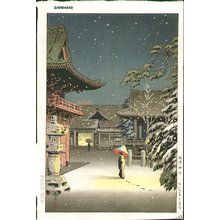 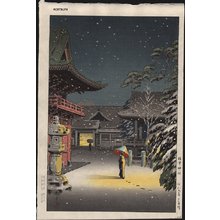 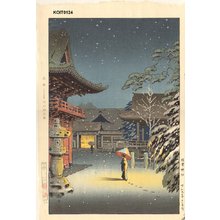 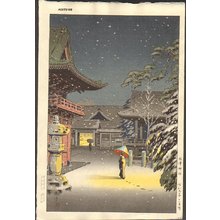 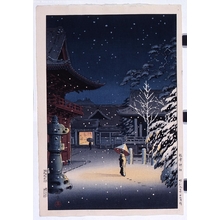 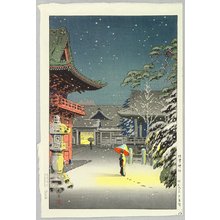 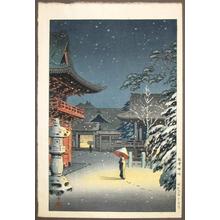