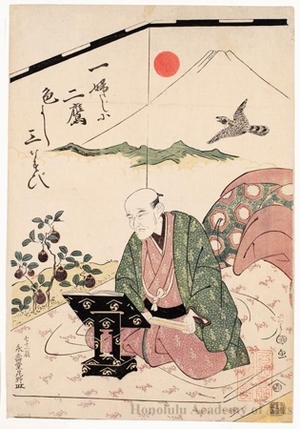 Title: Portrait of Publisher Nishimuraya Yohachi I on His Seventy-first Birthday

Nishimuraya Yohachi I was the first owner of Eijudö, the company that later published Hokusai’s Thirty-six Views of Mount Fuji series. The print depicts the aged publisher seated in formal attire on his bedding. He grasps a folded fan while reading a book on a black and gold lacquered stand with the mark of his business. His robes are also decorated with the character ju (“long life”), part of the name Eijudö. The painted screen behind him depicts themes symbolic of the New Year. The rising sun above Mount Fuji, a hawk, and eggplants are three of the most auspicious subjects to dream about during New Year’s festivities. It is likely that this rare print was issued privately to celebrate both the New Year and Nishimura Yohachi’s longevity. Mount Fuji had an enduring significance for the Nishimura family, and the descendant who published Hokusai’s Thirty-six Views was a prominent member of the Fuji Cult that became popular in the late Edo period. “Hokusai’s Summit: Thirty-six Views of Mount Fuji” (09/24/2009-01/06/2010) ****************************** 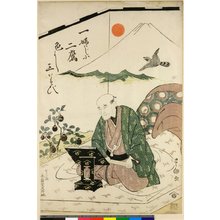 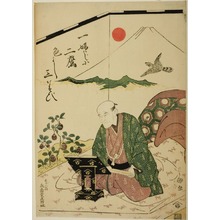 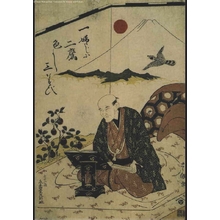 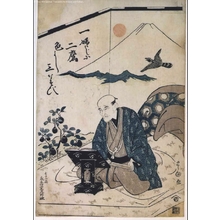 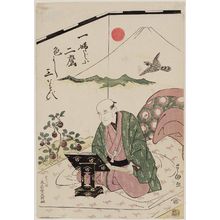 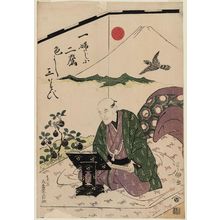