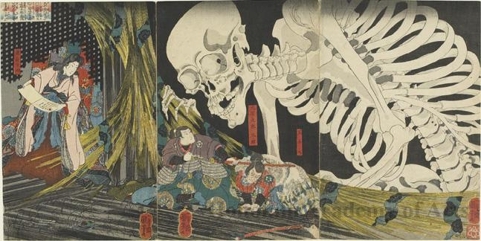 Title: Takiyasha the Witch and the Skeleton Specter from the Story of Utö Yasutaka

Utagawa Kuniyoshi (1798-1861), was famous for his experimentation with both native and Western styles, as well as for his depiction of history and legends. The scene appearing here is from a popular novel called the Story of Utö Yasutaka, written by Santö Kyöden (1761-1816) in 1807. After gaining magical powers from a mountain hermit, Princess Takiyasha, the legendary daughter of Taira Masakado (10th century), tried to form a conspiracy against her father’s killer. The gigantic skeleton portrayed here was a result of her newfound magical abilities. Kuniyoshi was believed to own a copy of a book that depicted Western anatomical drawings (kaitai shinsho); the skeleton demonstrates Kuniyoshi’s knowledge of anatomy. The panoramic composition lends powerful drama to the macabre image. "Imagination, Power Humor: The Art of Utagawa Kuniyoshi" 10/14/2010 - 12/19/2010 **************************************** 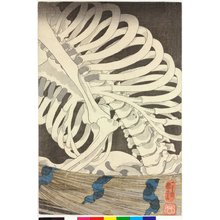 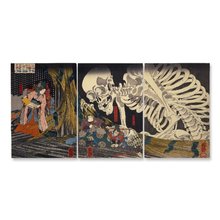 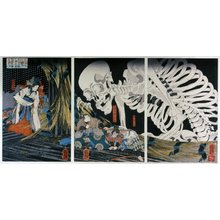 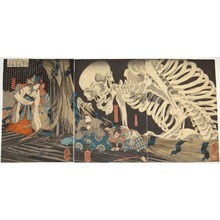 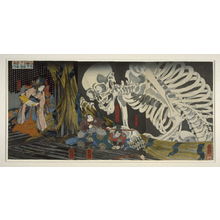 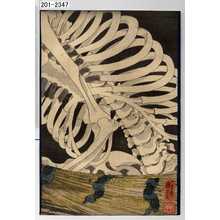 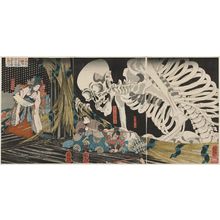