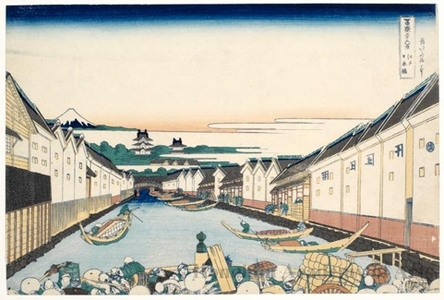 Title: The Nihonbashi in Edo

Nihonbashi Bridge was the most important transportation center in Edo, the point where two major highways converged and diverged – the Tökaidö and Kiso roads connecting Edo and Kyoto. Build in 1602, this arched wooden bridge of 154 feet spanned the Nihonbashi River, one of many small tributaries that emptied into the Sumida River. Reconstructed several times since then, today it is a stone bridge over the reclaimed river. In the city of Edo, a network of rivers and canals transported goods and people. Stores, wholesalers, storage buildings, and houses lined the riverbanks. In this print we see the backs of the stores, where boats docked and workmen unloaded goods. Some stores have their signs on the walls of the buildings. Today Nihonbashi is Tokyo’s business center, with its banks, countless shops, and major department stores. In this print, Hokusai chooses to view Mount Fuji form this busy city center. The Nihonbashi Bridge, which cuts across the foreground of the picture horizontally is crowded with people. Hokusai’s study of Western-style perspective is obvious: a pseudo-perspective in which the buildings on the riverbanks merge into a vanishing point far in the distance, where the river disappears and houses and boats diminish in size. In the upper left, over the horizon, Mount Fuji reveals its peak. Just below the horizon, at center, rise the buildings of the shogun’s Edo castle. The key-block was printed in blue. (The Asian Art Museum of San Francisco, HOKUSAI AND HIROSHIGE – Great Japanese Prints from the James A. Michener Collection, Honolulu Academy of Arts: The Asian Art Museum of San Francisco, 1998 Page 85. Cat. 36) ****************** Nihonbashi (Japan Bridge) was the central transportation hub for the city of Edo, with the major routes of the Tökaidö (East Sea Road) and Kiso Road converging at this point. The area remains a commercial and financial district in modern Tokyo, and is home to many of Japan’s most important banks and department stores. The bridge itself was first built in 1602, with several reconstructions during the Edo period that ultimately resulted in the stone bridge still standing today. Hokusai dramatically crops the bridge in the foreground, conveying a sense of frenzied activity as merchants, travelers, and other Edoites struggle to cross. Beyond the bridge, the backs of shops and warehouses recede using Western perspective to Edo Castle (now the Imperial Residence) in the background, with Mount Fuji rising to the left. Boats full of merchandise move up and down the canal, while workmen wait along the bank to unload their cargo. “Hokusai’s Summit: Thirty-six Views of Mount Fuji” (09/24/2009-01/06/2010) ****************************** 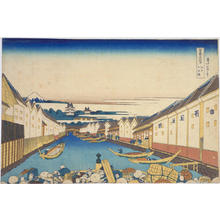 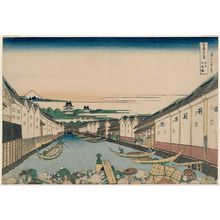 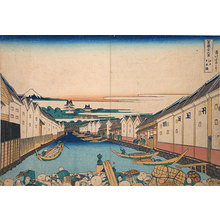 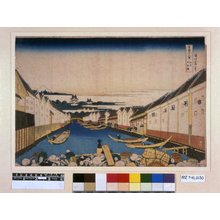 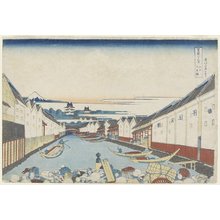 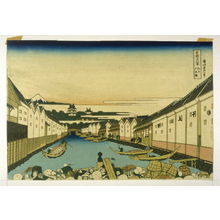 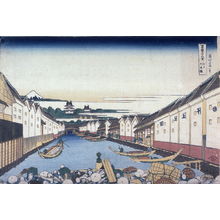 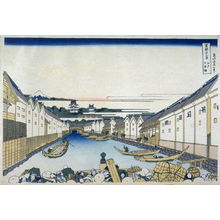 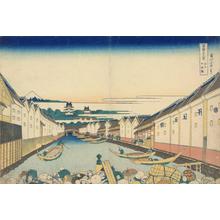 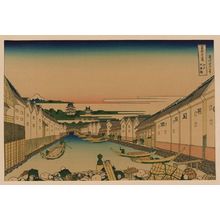 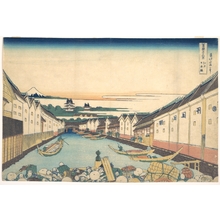 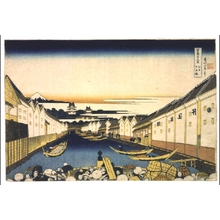 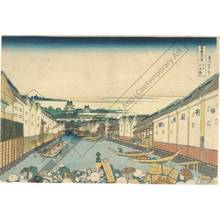 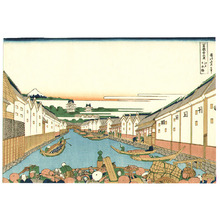 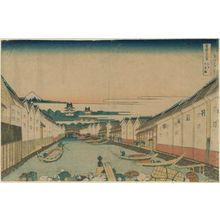 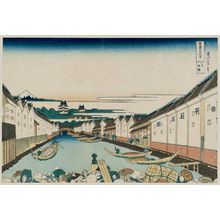 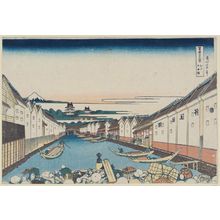 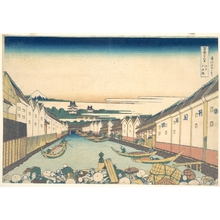