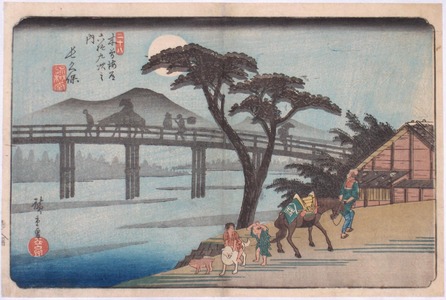 Nagakubo, one of the most important compositions, from the Sixty-nine Stations of the Kisokaido. The set was started by Eisen and published by Hoeido in 1835, but in 1837 Hiroshige took over and completed the series with the publisher Iseiri ( Kinjudo ). Shows a full moon over the River Ida. Like other major designs in the set, there are numerous states with differences in printing. Early editions show the mountains subtly printed – and also the figures on the bridge – grading off to the right with crisp seals. Later editions lack the mountains and a darker sumi is used. Very good, early impression. Very good colour. Centre fold, otherwise very good condition. Signed Hiroshige ga. Status: sold 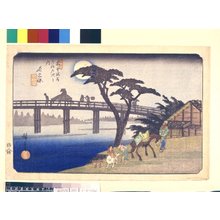 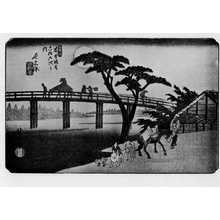 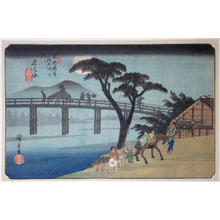 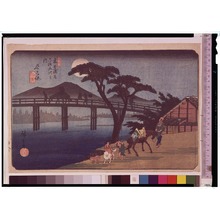 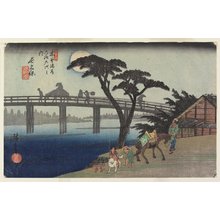 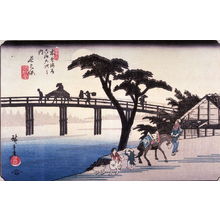 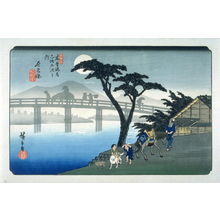 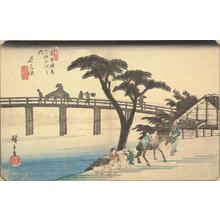 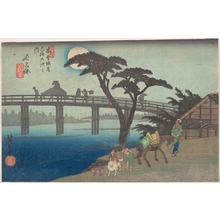 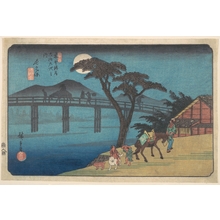 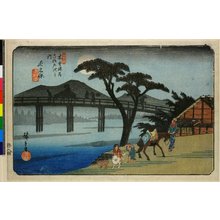 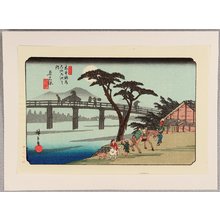 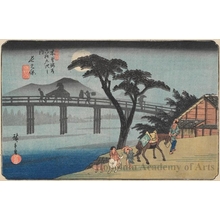 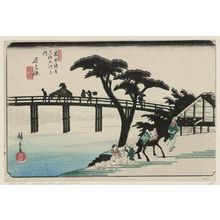 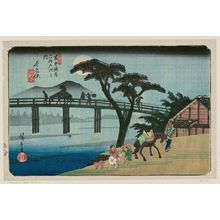 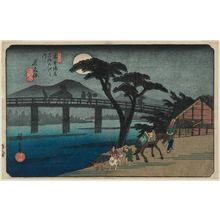 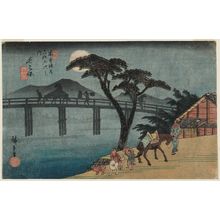 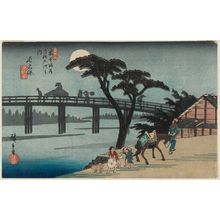 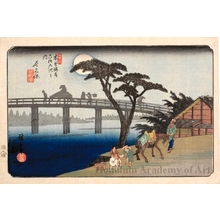 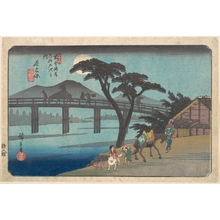