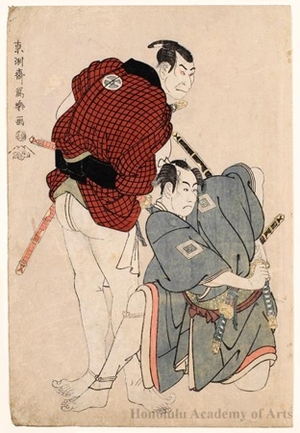 Ötani Oniji II portrays Ukiyo Tohei, and Ichikawa Ömezö is the sumö wrestler (kneeling) Ikazuchi Tsurunosuke, in the Kabuki play Nihonmatsu Michinoku-sodachi, performed at the Kawarazaki-za theater in Edo. There is still some controversy regarding this performance, as both actors appeared in several different roles during the play. The roles noted here are the most probable. Very popular Kabuki actors were sometimes called upon to play several roles in a single play, increasing the chance of later confusion about which role is being depicted in a print. (from “Kabuk Actors on Stage” exhibition, 4/14/2003-) 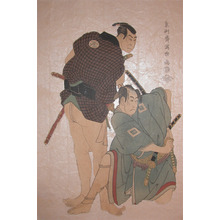 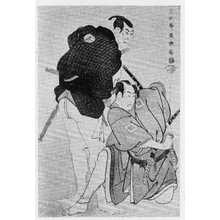 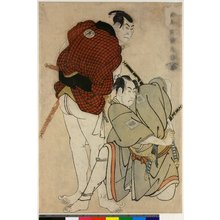 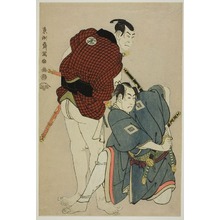 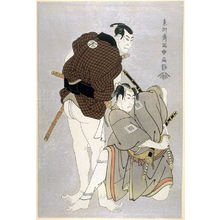 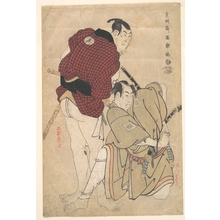 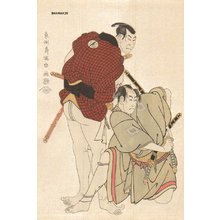 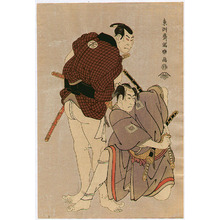 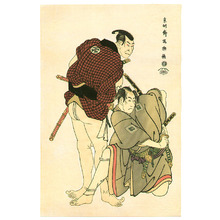 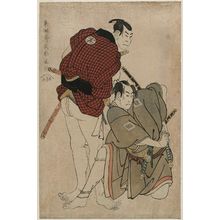 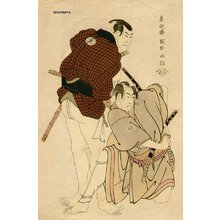