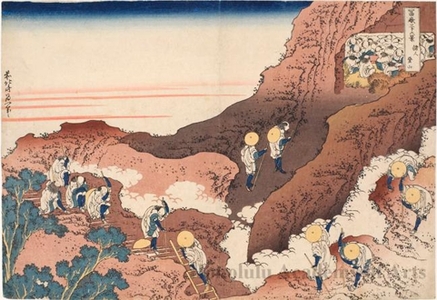 The print is the only composition in the Fuji series that does not show the mountain’s general configuration. It depicts mountain climbers ascending to Fuji’s summit, which is no longer visible. Climbers in white robes struggle among wild and rugged volcanic rock. Using their staffs, they painstakingly inch to higher positions. In a cave at top right, climbers who have managed to arrive huddle together, shivering in the cold air of a very early mountain morning. The red in the sky foretells that sunrise is due soon. The feeling of the rugged rocks and crevices is expressed by their strange contours and the accentuated texture strokes and dots. The billows of mist rising between the ridges of the mountain create a sense of altitude. Although repetitious, the lively postures of the climbers indicate the difficulty of climbing Fuji. For the Japanese, mountain-worshipers since prehistoric times, Fuji had become sacred because of its height, its beauty, and its inaccessibility. Every year, members of the Fuji-worshiping sect climbed the mountain, each dressed in white and using staff. Today Fuji is climbed both for religious reasons and for sport. Every year on June 1, the day the mountain opens for climbing, many groups of people try to reach the summit, so beautiful from the distance. (The Asian Art Museum of San Francisco, HOKUSAI AND HIROSHIGE – Great Japanese Prints from the James A. Michener Collection, Honolulu Academy of Arts: The Asian Art Museum of San Francisco, 1998 Page 100. Cat. 51) ******************** Combined with the lessening of travel restrictions for pilgrims, the continuing rise of the Fuji Cult in the late Edo period resulted in increasing numbers of people climbing the mountain. Legends state that the great ascetic En no Gyöja, founder of the syncretic Shugendö sect that blended Buddhist and Shinto beliefs, practiced austerities on Mount Fuji in the seventh century (an event depicted by Hokusai in a later book illustration). The first historically documented ascent of the mountain occurred in 1149, and was also associated with Shugendö. This early ascent must have been terrifying, not only because of Fuji’s sacredness but also because the last eruptions of the mountain were still within living memory. By the Edo period, an increasing number of spiritual centers developed around the volcano as pilgrimages became more popular. At the same time, new sacred sites were designated, in particular the Eböshi Rock, where a leader of the Fuji Cult, Jikigyö Miroku, committed suicide in 1733 after a thirty-one day fast. The cave shown in this print where climbers shelter, appearing to meditate, may be near to this site. However, many scholars have questioned whether Hokusai actually made the pilgrimage to the summit of the mountain, or whether this and many other prints in the series were imaginary views based on accounts and travel literature available at the time. “Hokusai’s Summit: Thirty-six Views of Mount Fuji” (09/24/2009-01/06/2010) ****************************** 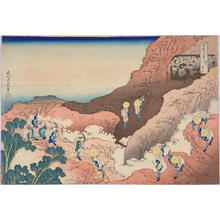 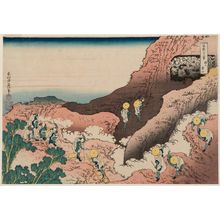 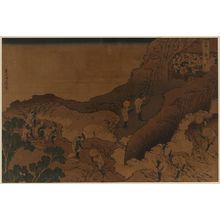 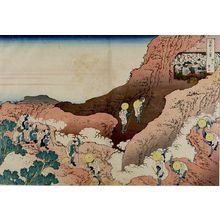 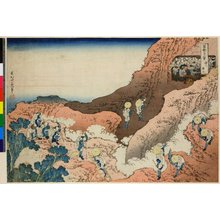 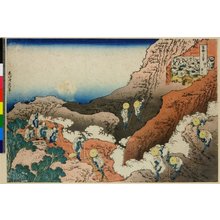 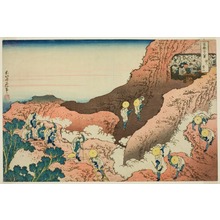 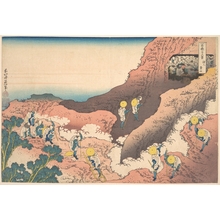 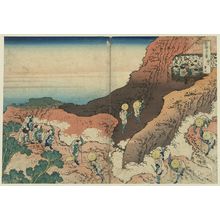 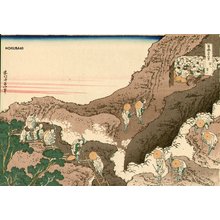 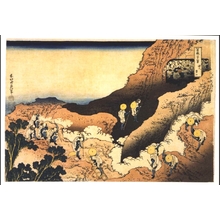 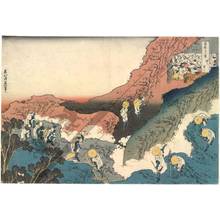 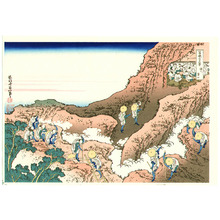 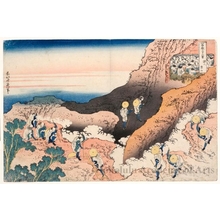 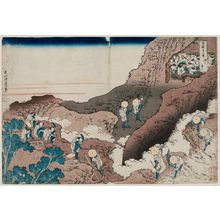 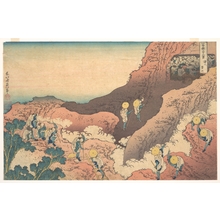