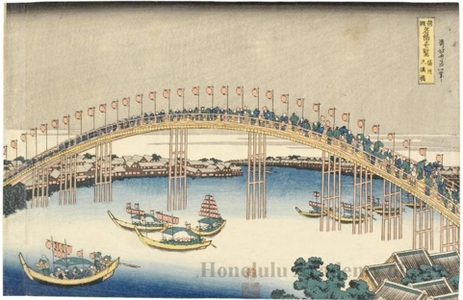 Tenma Bridge used to span the Yodo River in Osaka, which was one of the largest commercial cities in Japan. Utagawa Toyoharu (1735-1814), founder of the Utagawa School of ukiyo-e, depicted a very similar scene from the summer Tenjin Festival that also focused on the perfectly circular bridge arch, the geometry of which was heightened by the novel Western technique of one-point perspective. Ukiyo-e artists often copied earlier works, and Hokusai likely was inspired by Toyoharu’s print. Since the Tenjin festival (and its boat regatta) was one of the three most important festivals dedicated to this popular deity in Japan, Tenma Bridge was an obvious choice for Hokusai to include in his print series, Rare Views of Famous Bridges in All the Provinces. The Tenjin festival was devoted to Sugawara Michizane (845- 903), a Heian-period court official who was wrongly exiled, and later deified as a patron of scholars, becoming widely worshipped throughout the country. “Midsummer Night’s Pleasure” 08/05/2010-10/10/2010) ********************** 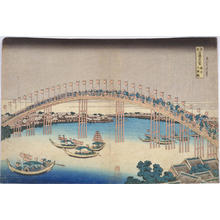 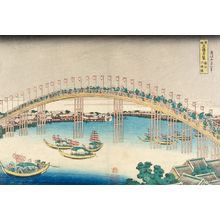 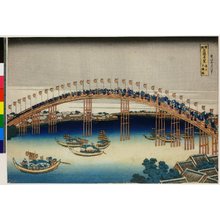 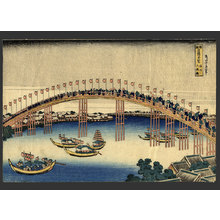 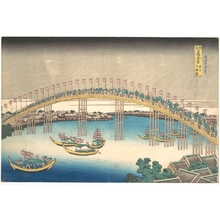 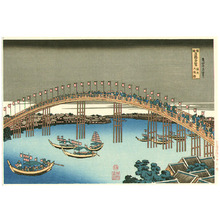 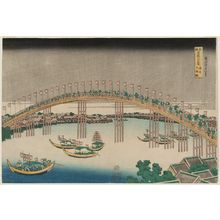 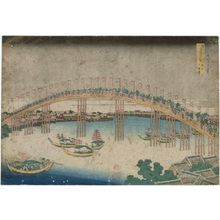 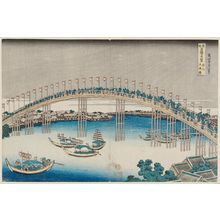