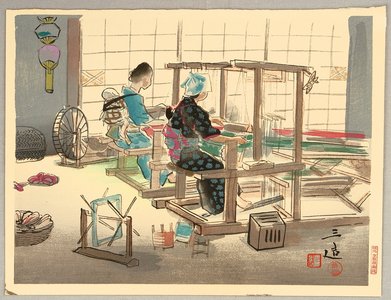 "Showa Shokugyo E-zukushi" (Sketches of Occupations in Showa Era) Second Series. This print series which depicted the new and the old, dying occupations in Japan in early to middle 20th Century was very popular and even featured on the Asahi Newspapers every time the new design was published. The series was interrupted by W.W.II. After the war, Kyoto Hanga-in made the continuation of the series for 24 more designs. Here, two women are weaving textile using the old fashioned weaving machines. This was one of the very popular designs in the series. 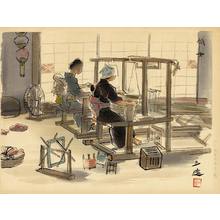 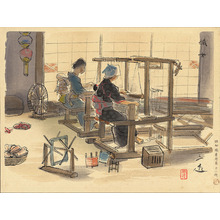 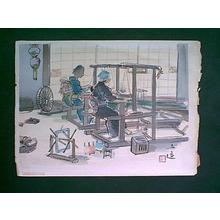 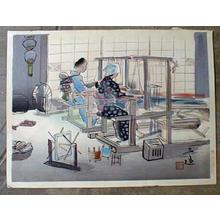 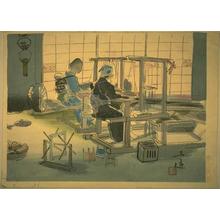 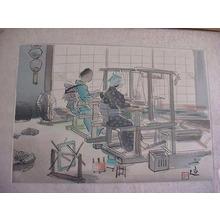 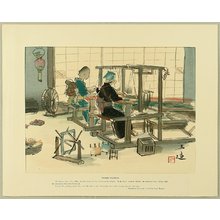