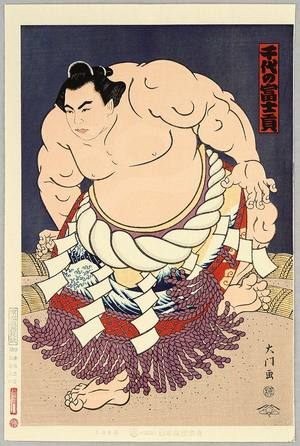 Chiyonofuji did not have any ambition to become a sumo wrestler when he was a teenager. But he entered one of the sumo schools because the scout persuaded him that he could ride on an airplane if he agreed to come to the school. Chiyonofuji won the championship title 20 times and more than 800 wins in life time. He also achieved the 59 consecutive wins. Although, he was not very big, he has muscular body, steely eyes and fiery character. He became one of the great "yokozuna" in modern sumo history.